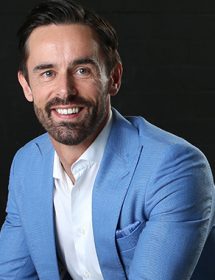 Originally from the UK and now based in Sydney, Terry is the IBM Watson Health MD in Asia. Terry is recognised as a thought leader in healthcare technology and commercial strategy, with almost 20 years industry experience.

His industry insight is regularly in demand from governments, healthcare organisations, key stakeholders and public forums.

Leading all aspects of Watson Health partnerships and commercial strategy, Terry is responsible for a multi-million dollar business, developing new and emerging markets at the intersection of AI, big data and healthcare.

Most notably, Terry has recently been working at the forefront of the Chinese Government’s ‘Healthy China 2030’ national agenda, establishing a > $1bn partnership to bring new technology to the largest market in the world, driving better health outcomes for citizens and providers.

Terry has held a number of global senior strategic positions in both public and private sectors. Reporting directly to the Secretary of State for Health, Terry was the UK Government Special Advisor on health/social policy and digital strategy. Terry also led the government and healthcare practice for a Big Four consulting firm.

Terry is a former Founding Director of the social health and human services technology start-up, Cúram Software. Based in Ireland, Cúram’s global presence and market leadership led to IBM acquiring the company in 2011.