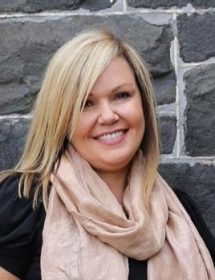 Stephanie has more than 30 years’ experience in the Australian financial services industry. During that time she has worked in superannuation, across both industry and public sector funds, and for the past 18 years she has specialised in Group Insurance, holding senior roles with Zurich (formerly ING), CMLA and AIA.

She originally joined AIA Australia in October 2009, and was appointed Head of Group Insurance in early 2010, where she played an instrumental role in developing and growing the company’s Group Insurance business market share.

Stephanie later joined AIA’s regional head office in Hong Kong to take on the role of Director – Group Corporate Solutions, where she was responsible for supporting and developing AIA’s Group Insurance businesses across the Asia region. After returning to Australia, Stephanie was appointed AIA Australia’s Chief Group Insurance Officer – a role she held for six years. More recently she has been responsible for developing and shaping AIA’s shared value proposition in her role as Chief Shared Value and Marketing Officer.