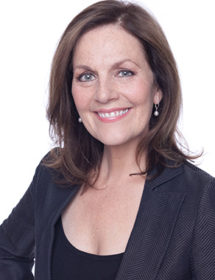 Sara is an Emmy Award-winning journalist and author. In Australia, Sara’s featured segment An American in Oz airs fortnightly on ABC News Breakfast. She covers a mix of politics, business, culture, and social issues.

Before moving to Australia in 2008, Sara was based in New York City for NBC for more than a decade. Sara’s reporting duties took her across the US and round the world including Somalia, Sudan, Bosnia, Haiti, Israel, China, Japan and the UK. She served as a substitute newsreader on NBC Today and guest anchored on other NBC news programs.

Sara earned an Emmy for coverage of the shootings at Columbine High School in Colorado and the Overseas Press Club of America Citation for Excellence for her report on Australia’s Stolen Generation.

Sara is the author of An American in Oz, co-author of The Best of Friends and editor of An Extraordinary School.