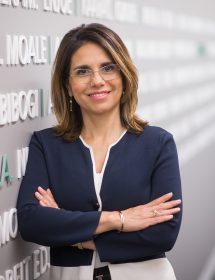 Sandra was appointed Market Head of the Nestlé Oceania region in April 2018.

In this role, she leads the team behind some of the region’s most iconic brands, such as KitKat, Nescafé, Milo, Allen’s, Maggi, Uncle Tobys and Purina. Nestlé Oceania employees around 5000 people, with nine factories and 26 retail boutiques across Australia, New Zealand, and the Pacific.

With a passion for sustainability, she is a Board Director of the Australian Food and Grocery Council (AFGC) and chairs the Council’s Sustainable Practices Committee.

Sandra has more than 30 years’ global experience with Nestlé in the Americas, Oceania, and its global headquarters in Switzerland.

Sandra also served as President and CEO of Nestlé Venezuela, where she delivered outstanding results in a highly complex and volatile environment.