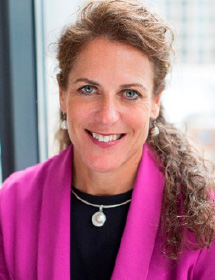 Romilly Madew is passionate about creating sustainable buildings, communities and cities. Since 2006, Romilly has led the Green Building Council of Australia has built a global reputation as an influential advocate and change agent.

A vocal advocate of diversity, Indigenous issues, flexibility in the workplace, and women in sport.

Romilly’s collaborative style has led to many board and committee appointments. She is a member of the federal government’s Cities Reference Group, Member of the Executive Committee of the Australian Sustainable Built Environment Council, Independent Chair of the Currawong State Park Advisory Board, a member of the Sydney Olympic Park Authority and Chief Executive Women board’s and President Bilgola Surf Life Saving Club.

Romilly is also a current and past member of numerous federal and state government ministerial panels.

Romilly was awarded the 2017 World Green Building Council Chairman’s Award, the 2015 International Leadership Award by the US Green Building Council and was made an Honorary Fellow by the Planning Institute of Australia the same year. She has previously been named one of the ‘100 Women of Influence’ by the Australian Financial Review and Westpac, and a National and NSW winner of the Telstra Business Women’s Awards. In 2016 she was named Pittwater’s Citizen of the Year.

Romilly as well as being President for the past five seasons is also a Patrol Captain of Bilgola Beach Surf Life Saving Club. She competes in Ocean swims and other charity walks and runs.