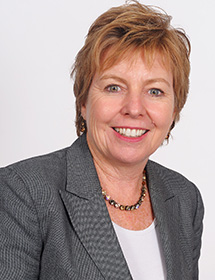 Pru Bennett is a Managing Director at BlackRock and is Head of BlackRock’s Investment Stewardship team for the Asia Pacific Region based in Hong Kong. In that role Pru leads a team that is responsible for engagement and proxy voting activities in relation to the companies in which BlackRock invests on behalf of clients. Pru’s team is located in Hong Kong and Tokyo.

Pru is an active participant in the public debate on corporate governance, stewardship and responsible investment and as such regularly speaks and writes on the importance of these issues for company performance and investment decisions. In 2013, Pru was named as one of Australia’s top 10 Women of Influence in Corporate Governance. Pru represents BlackRock on a number of industry and regulatory bodies including ESG Working Group of the Australian Financial Services Council and the Public Shareholder Group of Hong Kong’s Securities and Futures Commission.

In April 2017 Pru was appointed by the Government of Hong Kong to the Advisory Board to the Securities and Futures Commission.

Pru is a champion of diversity and inclusion of all kinds. She is an alumna of BlackRock’s Women’s Leadership Forum.  She is a member of steering groups for the Australian and Hong Kong chapters of the 30% club, a market initiative to increase the number of women on boards and in senior management. Pru has published a number of papers on board diversity.

Before taking on her current role in August 2010 Pru was head of Corporate Governance at institutional advisor Regnan Governance and Research until July 2010. From 1998 to 2009 Pru was a director of Australian proxy advisor Corporate Governance International, which was acquired by Glass Lewis & Co in 2006 and is now known as CGI Glass Lewis. Prior to working in the area of corporate governance Pru was Investor Relations Manager for Qantas Airways Limited.

Pru has a BCom from the University of New South Wales and is a member of the Institute of Chartered Accountants Australia and New Zealand.