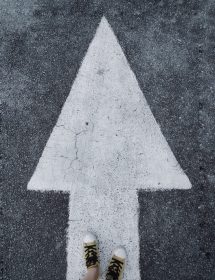 Just when the adoption of corporate purpose seemed to have reached its peak, the arrival of COVID-19 and other crises arrived to bear the question: Has 2020 Killed Purpose?

This was a key topic explored at the 2020 Shared Value Summit Asia Pacific, themed The Climate For Change, on 10 June. Shared Value Project CEO Helen Steel was joined by Alan Murray, President and CEO of Fortune, and Professor Rebecca Henderson, economist, Harvard Business School Professor and author of Reimagining Capitalism in a World on Fire, to consider the place for corporate purpose in the current climate.

Both Murray and Professor Henderson agreed that short-term pressures have again come to the fore. “We’re so used to focusing on me, right now, that the overwhelming focus on short-term profitability has really narrowed horizons in all kinds of ways, and if we’re going to address the problems we face, we’re going to need to balance that with later, and us,” Professor Henderson said.

However, they also felt that the business sector must rise to the challenge of our times, which Murray suggested has “accelerated” the need for stakeholder and purpose-driven approaches. In particular, inadequate political responses to social and environmental crises have left a vacuum that needs to be filled by business, he said — “business leaders [feel like they have to] step up because the political system wasn’t working”.

Murray provided a few geographical examples: “In the [United States], we’ve had a flood of CEO statements on racial injustice like we have never seen before… It’s becoming increasingly clear that there is something fundamentally different going on in the way the best companies operate.”

Professor Henderson spoke to capitalism, the focus of her recent book, more broadly: “I think it’s the only way we’ll get out of our current mess. I really do think the world is on fire, I do think capitalism needs to be reimagined, but I think without capitalism, we’re not going to be able to solve problems like climate change or inequality,” she said.

Like Murray, she also underscored the importance of a shared value approach, which integrates social, environmental and economic outcomes: “The new capitalism needs to be aware that capitalism’s job is not only to generate profits and build great firms—that job remains super important—but also to be a real partner in building a just and sustainable society.”

Both Murray and Professor Henderson agreed that mutual accountability and collaboration are key to this vision. Murray observed that “hard things get done in business if you measure them and you hold people accountable… but we haven’t yet developed the metrics to measure… commitment to employees, to the environment, to communities, to other stakeholders.”

To this end, Professor Henderson stressed the need to decentralise: “There is an increasing body of academic literature suggesting that when you treat people with decency and respect, when you give them a higher meaning… and the decision authority they need, organisations are much more productive and innovative.”

The panel concluded that 2020 has not killed purpose. Conversely, it is more important to business than ever. Professor Henderson went on to argue that “the only way to make addressing social problems profitable is to make them core to the strategy”.

Or in Murray’s words, “in a perfect world, purpose comes first”.