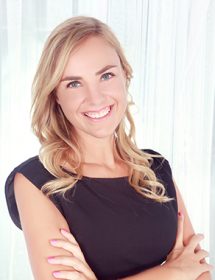 The founder and CEO of Thirst, Mina Guli is a global leader, entrepreneur and adventurer passionate and committed to making a difference in the world. Following a 15-year career as a world leader in climate change that started with law, but progressed quickly to the World Bank and to co-founding boutique investment firm Peony Capital, Mina established Thirst  – a non-profit that is solving the water crisis by changing the way we think about water.

Since its launch in 2012, Thirst has educated more than 2 million students in China, has had more than 600,000 participants in its innovation competitions and now works with more than 1000 qualified volunteers and has the support of the Chinese Government.

To highlight the global water crisis, in 2016 Mina completed the 7 Deserts Run — running the equivalent of 40 marathons across 7 deserts on 7 continents in 7 weeks. A self-confessed “non-runner”, Mina told the stories of some of those affected by the crisis during the run. The success of the expedition encouraged Mina to undertake the 6 River Run in support of the UN’s Sustainable Development Goal 6. She ran 40 marathons in 40 days down 6 of the world’s great rivers on 6 continents. With media coverage around the world, including on CNN, BBC, ITV, ABC and CCTV, Mina’s messages about water have reached more than 4 billion people, inspiring a generation of water heroes.

On November 4, 2018, Mina began #RunningDry, a campaign of 100 marathons in 100 days around the world for 1 reason — water. After 62 consecutive marathons, Mina was sidelined by an injury. However, people around the world picked up the challenge for her and over the next 38 days collectively ran the equivalent of 748 marathons for water. Mina was the recent subject of an episode of Australian Story.

Mina has been recognised for her leadership: she has been named a Young Global Leader by the World Economic Forum, one of Australia’s most influential women, and by Fortune Magazine in 2016 alongside Angela Merkel, Jeff Bezos, Tim Cook and the Pope as one of the 50 greatest leaders in the world.