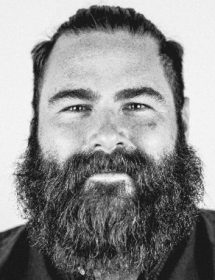 As CPO, Barnes is responsible for working closely with The Intrepid Foundation and external partners as Intrepid Group seeks to create more shared value projects and operate a business with a purpose beyond profit. In 2018, the company will be committing 0.75% of global revenue towards purpose activities, creating a team of dedicated employees to lead The Intrepid Foundation, and attaining B-Corp status.

Most recently, Barnes led the company’s North American business as the regional director of North America for Intrepid Group out of the company’s Toronto headquarters. Under his direction, North America became the fastest growing region for the Australia-based company, with a recorded 60 percent growth in the past two years.

He began his work with Intrepid Group in 2010. At the time, he was the Australian Social Media Coordinator. Over the years, he advanced through the marketing department at Intrepid Group’s Australian office, and when Intrepid Group expanded to North America, Barnes followed.

Born and raised in Melbourne, Australia, he returned to his hometown in July 2018 in conjunction with his appointment as Chief Purpose Officer. When not working, Barnes enjoys exploring the unseen places of the world. His favourite real-life experience was trekking through the Himalayas to Everest Base Camp on an Intrepid Travel tour.