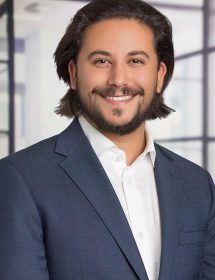 Kareem is an experienced for-purpose leader, speaker, writer and youth advocate who served as Australia’s 21st Youth Ambassador to the United Nations.

For the last five years, Kareem has held senior roles in organisations seeking to advocate for the rights of young Australians, elevate their voices to institutions of power and create pathways for them to meaningfully participate in decision-making. Kareem was the former CEO of the Asia-Pacific Youth Organisation, National Director of the Live Below the Line campaign at the Oaktree Foundation and has been named one of the 25 most influential people in the Australian social sector.

As UN Youth Ambassador, Kareem led Australia’s largest face-to-face consultation of young people to engage with and better understand the issues that are impacting them across the country. Over the course of a year, Kareem travelled over 150,000km, visited 56 towns and cities and met over 10,000 young Australians in every state and territory.

Following his tour, Kareem represented young Australians at the 74th United Nations General Assembly in New York and authored one of the country’s most influential reports on young Australians which has helped shape the national debate on the issues affecting young people and informed major commonwealth and state government policy initiatives targeted at young Australians.

Kareem is currently a Senior Consultant in PwC’s federal government advisory practice specialising in strategy and citizen-led digital transformation across the public sector. He is also a World Economic Forum Global Shaper and board member of the Youth Affairs Council of Victoria (YACVic), the state’s peak body and leading policy advocate for young Victorians.