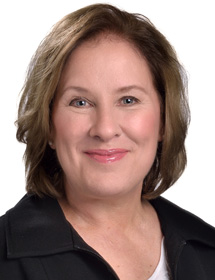 Ilsa is visiting Australia from Canada as part of Adelaide’s highly acclaimed Thinkers in Residence Program delivered by the Don Dunstan Foundation.

For the past 12+ years, she has been the CEO of MaRS in Toronto, overseeing the development of the organisation from a raw startup to a leading urban innovation hub. Located in the heart of Toronto’s Discovery District, the MaRS Centre, a 1.5-million-sq.-ft. facility provides specialised infrastructure to leading research groups, startups and young scaling firms, multinational businesses and investors – drawing 6,000 people from 150+ organisations to work there every day.

In addition, she has led the development of MaRS’ broad suite of innovation programs and partnerships. MaRS supports innovators and entrepreneurs building high-impact growth businesses, providing connections to critical talent, capital and customer networks. MaRS also works with partners to accelerate the adoption and diffusion of innovation in regulated sectors, with a special focus on modernising procurement and regulations, liberating data, and developing new funding models.

Ilse joined MaRS in 2005 from her role as CEO of Primaxis Technology Ventures, a seed-stage venture fund. She has been a research scientist and entrepreneur, with senior roles in a number of emerging technology companies. She was Chair of the Canadian Task Force on Social Finance in 2010, served on the Government of Canada’s Science, Technology and Innovation Council (STIC), and is a member of the Advisory Council on Economic Growth. She chairs the board of Triphase Accelerator Corporation, a cancer drug development firm, and serves on the boards of Cogniciti, a brain health company, and Canada’s Public Policy Forum.

Ilse holds a DPhil in chemistry from Oxford University, which she attended as a Rhodes Scholar.