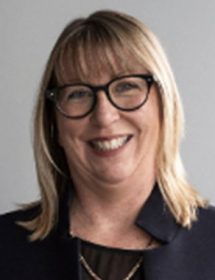 Gillian Sparkes is the Commissioner for Environmental Sustainability in Victoria, Australia’s fastest-growing state. As Commissioner, Gillian reports and advises government on the environment. Gillian’s non-executive roles include Chair of FrontierSI and Directorships with the Country Fire Authority, Industry Capability Network (Victoria) and the Royal Children’s Hospital Foundation.

Initially an industrial chemist, Gillian has extensive operational and commercial experience in the private and public sectors, dealing with environmental, industrial, water, waste management and community issues. Gillian was recognised by her peers, being announced as a National Fellow of the Institute of Public Administration Australia (IPAA) in 2019.

Through the Victorian State of the Environment Report, Gillian is pioneering the implementation of the UN SDGs; recommendations from the State of the Environment 2018 Report include improving localised climate projections and better use of digital and spatial data and technologies. In 2020, as Chair of Frontier SI, Gillian is a member of the 2030 Space and Spatial Growth Roadmap Steering Group which will advise the Australian Government and other jurisdictions on the growth of the space and spatial industry in Australia and New Zealand – both as an important enabler of dealing with climate change impacts and economic growth – and an essential enabler for social and economic recovery from COVID-19.