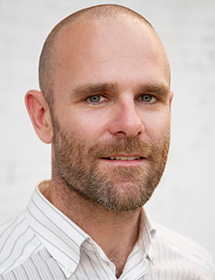 David Raper is IBM’s Lead, Corporate Citizenship for Asia Pacific and Greater China Group.  In this role, David leads his team to maximise the impact of IBM’s investment in corporate citizenship across specific societal issues, including the environment, community economic development, education, health, literacy, language and culture.  IBM’s Citizenship seeks to identify and act upon new opportunities to apply its technology and expertise to societal problems, and to scale programs and initiatives to achieve maximum benefit.

Prior to joining IBM, David’s career focused on government reform and not-for-profit performance.  David has been the Director, Strategy and Project Delivery for the Department of Premier & Cabinet in New South Wales, Australia working with government agencies to drive performance improvements in urban transport, education, social services, crime prevention and healthcare. From 2011-2016, David was the Senior Vice President for Social Enterprises & Human Resources at Housing Works, a leading healthcare and social justice not for profit based in New York City.

David has a Bachelor of Arts and of Laws from the University of New South Wales, and a Master of Public Administration from the Harvard Kennedy School.