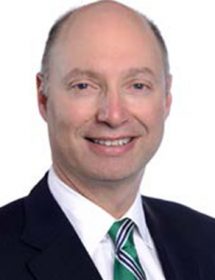 David Gall is a member of the NAB’s Executive Leadership team. David was appointed to lead the Corporate & Institutional Banking division on 1 October 2018, after 4 years as the Chief Risk Officer. In a career spanning nearly 30 years, David has broad experience in banking having led Distribution; Risk and Product divisions across all segments from institutional to retail banking.

David is recognised as a leader in the banking industry and is sought out as a regular speaker at Australian and International finance conferences. David is passionate about supporting Australian business and institutions in the leading role they play in the economy and our community. It is his driving aim to bring the best of NAB to them, helping them to grow and prosper. David has a strong affinity for Australia’s farmers and regional businesses, having grown up on a sheep farm in Victoria; and he continues to be involved in prime lamb production in his spare time.

• David holds a number of Non-Executive Director roles including; Board member of the European Australian Business Council (EABC);

• Vice President and Board member of the Financial Services Institute of Australasia (FINSIA) and FINSIA Education.

David is an advocate for increasing the professionalism of bankers at all levels within the industry and is currently undertaking the FINSIA Chartered Banker certification. As Executive Sponsor of Gender Balance at NAB, a group that promotes gender equality, he is passionate about supporting diversity and inclusion. He also enjoys sponsoring talented, up-and-coming leaders at NAB, providing practical assistance to help them achieve their potential.

David holds a Bachelor of Science, Bachelor of Business and Masters of Business Administration (Exec) and is a Senior Fellow of FINSIA. David is married to Georgie and they have a daughter and two sons.