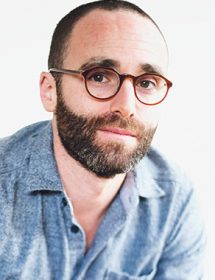 Daniel’s life has been shaped by a fundamental belief that entrepreneurship is the answer to nearly all the issues we face today. By the time he received his undergraduate degree in philosophy, he’d already started three companies. In 2019, he was recognised by Forbes as one of The World’s 50 Greatest Leaders. He has also been recognised by Inc. Magazine as a “30 under 30 entrepreneur” and by Forbes as one of the “top 30 most impactful entrepreneurs” of the year.

In 2013, he received the prestigious “Entrepreneur of the World” award along with Richard Branson & the President of Liberia at the Global Entrepreneurship Forum.

Today, this passion for entrepreneurship has led to Daniel becoming the founder and CEO of Unreasonable. Unreasonable is dedicated to supporting entrepreneurs positioned to bend history in the right direction. Part accelerator, part impact investment firm, part media house, and part a global private network of luminaries and business leaders, Unreasonable partners with some of the largest institutions and respected brands to support entrepreneurs in solving the grand challenges of our time.

Unreasonable operates across so many industries and geographies because the organisation is dedicated to doing whatever it takes to break down barriers and drive resources into entrepreneurs solving seemingly intractable social and environmental challenges of our time.

On a personal level, Daniel believes in militant transparency and truthfulness in his everyday life and in all of the projects he is part of. He also has an overt love for his hometown of Boulder Colorado and for his dog, Kaya.