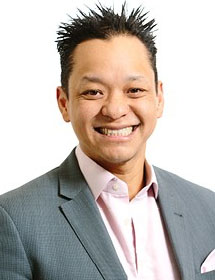 Damien’s career at AIA Australia began in April 2007. Over that time he has held various roles, including Head of Group Insurance, Chief Distribution and Marketing Officer and General Manager – Life Insurance.

On 1 August 2014, Damien was appointed to the role of Chief Executive Officer. In 2014 the company launched AIA Vitality, a world leading health and wellness program, to the Australian market, AIA New Zealand was added to his responsibilities in July 2016 and in July 2017 the organisation launched myOwn health, a new health insurance business. AIA announced in September 2017 that it had reached an agreement with the CBA to acquire CommInsure and Sovereign, and a 20-year strategic bancassurance arrangement with CBA and ASB Bank, subject to regulatory approvals.

Damien is married to Simone and has two children, Bailey and Kai. He is passionate about people and leading an organisation whose purpose is “Making a Difference in People’s Lives”.

Damien is also a director of AIA Australia, Financial Services Council (FSC), Co-Chair of the Life Board Committee and Advisory Board member of the Shared Value Project. In June 2017, Damien was appointed a Board Member of MO Health Pty Ltd.